Where Did Your Favorite Camp Song Come From?

Do you ever wonder where we got all of our camp songs? From our campers and counselors, of course!

Back in the years when Main Camp was 8 and then 7 weeks long, we obviously had more nights for Evening Programs. Two of those EPs were song contests; one night for slow songs and one for fast.

Each Tentalow and Cabin (there were no Bungalows back then!) would write a song, typically using a tune that was well known. Sometimes everybody helped write the lyrics; others it was just one camper or the counselor. Mary McConnell was the camp pianist; she was incredibly talented and accompanied each contestant group. They would meet with Mary once to rehearse. Then they would perform their song at the Song Contest EP.

Personally, I loved the Song Contest, but thought that coming up with the lyrics was stressful. I was always thankful when a talented cabinmate would write it!

At the end of the EP, the top 3 songs were selected and each winning cabin would teach their song to the whole camp. So every summer we would learn 3 new Fast Songs and 3 new Slow Songs.

During meals in the Dining Hall, the girls at a table would start songs by chanting, “One, two, three, shhh” and then begin singing the song they had chosen. Mary could pick up the tune after the 1st word and play along by ear.

Some of the winning songs would become very popular and frequently chosen by the girls to sing. Others would not be sung and are long forgotten. When I was in Cabin 11, we won with the song, “Oh, my summers were never too cheery,” which we still sing today. The next year, in Cabin 12, we won with a song to one of the “Annie” tunes. Even though we won, no one ever sang it again. Songs like “Smile, Smile” have been around for almost 100 years!

Wondering when your favorite Dining Hall song was written? Check out our full list in our archives, and see which songs have stood the test of time! 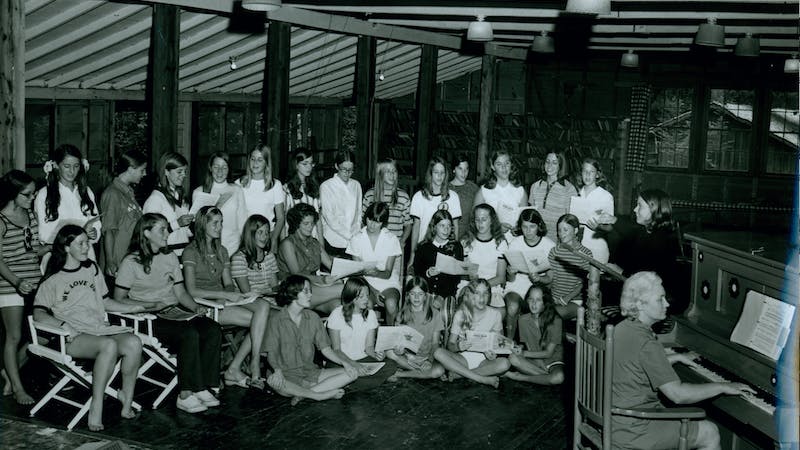 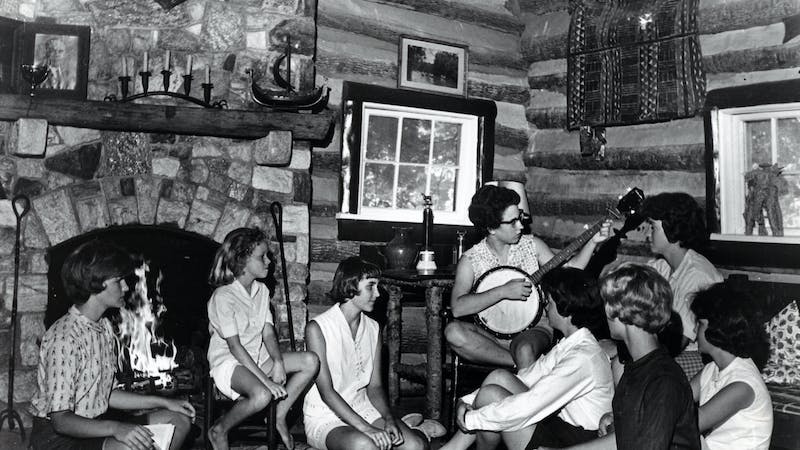